Members Of The Corporation

Dexter is an experienced leader with a proven track record in education. Under his leadership Ninestiles School was consistently judged outstanding by Ofsted and recognized as one of the country’s most innovative schools.  Dexter has worked with many schools across the country and was also Chief Executive of the Hastings Federation of Schools working on the regeneration of Hastings with East Sussex County Council.  He has presented on leadership and organizational change at many conferences nationally and been a keynote speaker at conferences in Boston, Singapore and Cape Town.

Dexter was appointed in 2004 by the Home Secretary to be a Commissioner for the Commission for Racial Equality (CRE) and held this post until 2008.

In 2004 he was knighted for services to education. 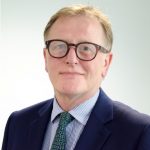 Cliff has worked in further education colleges throughout his career, beginning in Essex before moving to live in Birmingham and taking up posts in colleges in Solihull and Wolverhampton.

His most recent post was Principal of a college in Surrey. Teaching English, media studies and related subjects for the first half of his career, Cliff moved into senior management roles in the mid 90s. Cliff is delighted to join the Board of BMet and he is keen to work with fellow governors, students and staff to ensure that BMet achieves its ambitions and continues to be a major player in learning and skills in Birmingham and the wider region. 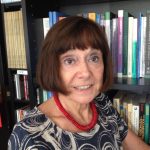 Prue Huddleston is Emeritus Professor and formerly Director of the Centre for Education and Industry, at the University of Warwick; she has a particular interest in the 14-19 curriculum, focusing on vocational education and qualifications and work-related learning; she has published widely on vocational learning and applied pedagogy.  Before joining the University of Warwick she worked for many years within the FE sector, as a teacher and manager, also within community and outreach education.  She has been involved in postgraduate teacher training (FE and secondary) for over 20 years.

She has run programmes of professional development for teachers, trainers and school/college managers as well as for Ofsted (formerly ALI) and Ofqual. She has completed research and evaluation contracts for the Department for Education, Learning and Skills Improvement Service, Qualifications and Curriculum Development Agency, European Commission and British Council.  Her international work includes projects in: China, Hungary, Sweden, Latvia, South Africa, Israel, Spain and Egypt.

Following work in industry before her children were born, Veronica began a new career with Birmingham City Council teaching and coordinating Adult Basic Education in the city and later as a member of the team who delivered teacher training across the adult and further education sectors.

As a moderator for the City and Guilds awarding organisation she was part of a team (based in Matthew Boulton College’s Sherlock Street building) who delivered programmes of personal and professional development for women across the further education sector.

In the early 1990s, Veronica transferred to Economic Development with responsibility for improving basic education provision in government funded programmes across the newly incorporated college infrastructure. On becoming Head of Economic Strategy in 1999, her role encompassed a range of responsibilities including producing the council’s annual Economic Development Programme, Strategy and Policy documents and developing major bids for government and European funding. She was also responsible for facilitating strategic partnerships for the Birmingham Economic Development Partnership (BEDP). Although recently retired, she has maintained an interest in lifelong learning and economic policy. 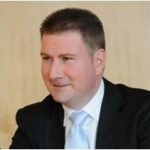 Peter joined the Corporation in September 2019 having been a co-opted member of the Finance Committee since May 2018.    Peter is a Chartered Accountant and a director at professional services firm Deloitte in Birmingham and specialises in M&A Transaction Services.  During his  25 year career Peter has developed a broad range of experience across finance, strategy and management.

Peter is married and has two children.  In what time he has free Peter enjoys playing golf and is a keen spectator of rugby and cricket.

Michele joined the Corporation in October 2016. She is a senior officer in the police service and has considerable experience gained both domestically and internationally in policing and leadership over a 30 year career.

In her current role Michele is the executive lead for a number of large five year change delivery programmes and has responsibility for community policing across a large metropolitan area leading on thematic areas with emphasis on prevention and intervention.

Michele also has experience of mentoring and talent management and has previously held leadership roles in organisational policy, and planning and performance.

Michele is married with three children and in her spare time she enjoys travel and experiencing different cultures.

Hilary Smyth-Allen was appointed Executive Director for BPS Birmingham in 2014, having been an active member of BPS Birmingham Future for over 10 years. She was formerly Director in the Environment business line at global construction consultancy AECOM, during which time Hilary won Birmingham Young Professional of the Year in 2011. During her year as BYPY, Hilary developed and led the Birmingham Future Commission project, which was a joint venture with Warwick Business School investigating the attraction and retention of talent to Birmingham for the BPS sector. This important strategic document continues to inform and drive BPS Birmingham’s work around skills and talent for the city region.

Aside from BPS Birmingham, Hilary continues to practice as a Land Remediation Relief tax consultant for The Fiscal Incentives Group. She is also the Chair of core steering group for the lottery funded “TalentMatch” youth unemployment programme. Hilary is also a board director of CL:AIRE, a charity promoting the sustainable use of land and soils and recently became an independent Governor for Birmingham Metropolitan College.

Simon is a partner of Deloitte LLP, where he sits in the Financial Advisory department advising financial services companies on mergers and acquisitions. He is a Fellow of the Institute of Chartered Accountants and member of the Chartered Institute of Securities and Investments. In his twenty year long career he has worked and lived in London, Frankfurt, Berlin and Munich before returning to the Midlands in 2011.

He now lives in Solihull and his interests outside work centre around his large family. 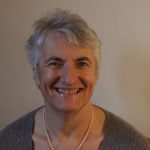 Angela has lived in the midlands for most of her life and worked in education for over 40 years. After teaching in schools in her early career, she moved into the Further Education sector. In 1988 she established and led The Centre for Learning Development, based at Solihull College, which had a key role in placing learning at the heart of what colleges do. Three seminal national conferences entitled “Enhancing the Quality of Learning” were organised by The Centre and provided a platform from which many in the FE sector were stimulated to develop learner centred approaches. From 1995 to 2002 she was Vice Principal responsible for curriculum and quality.

Since 2002 Angela has worked as a consultant with over 100 organisations, mainly colleges, but also community and voluntary organisations and work-based learning providers. Her work centres on helping organisations improve the quality of teaching and learning through a number of innovative strategies. Professional Dialogue, that is now used by many across the education sector as a whole originated in the work by Angela and her team at The Centre for Learning Development. Her work is referenced in a number of publications; also articles on FE written by Angela have been published in the Education Guardian. 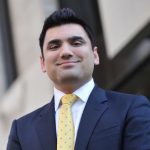 Iqbal is a barrister practicing commercial law and a member of St Philips Chambers in Birmingham. He completed his A Levels at Josiah Mason College and graduated from the University of Warwick in 2005. He studied in Japan and then London, commencing practice in 2008. Iqbal is currently completing a Masters in Commercial Law at the University of Birmingham.

Iqbal has considerable experience in commercial, property and insolvency litigation; acting for solicitors and a wide range of clients, including government, banks, listed companies and small businesses.

In addition, Iqbal is chair of trustees at a local youth-led charity focused on promoting art, culture and opportunity for young people in the city. He is also a committee member of the Midlands Asian Lawyers Association, which seeks to promote and improve diversity in the legal profession, as well as widening access to the profession as a whole.

In 2019, the Birmingham Law Society short-listed Iqbal for the award of Barrister of the Year.

Iqbal lives in Edgbaston and is uniquely known to support both of the city’s football teams. 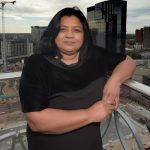 Asha is an Associate Director in Arup and based at the Arup Midlands Campus.

Asha grew up in multicultural Birmingham and graduated in Civil Engineering (with Management) from Birmingham University. With 27 years’ experience in the construction industry at Arup, Asha has been responsible for the development of some of the iconic buildings and landmarks in Birmingham and around the globe.

Asha has a vast amount of international experience, which spans from East Asia to the West Coast of North America. Her experience includes a wide range of sectors including healthcare, transport infrastructure, manufacturing, pharmaceutical, commercial and urban regeneration. Asha has a particular focus on the education and healthcare sectors with a strong track record in both the UK and overseas.

Asha is a great collaborator and has an adaptable and flexible approach. She is always willing to listen and support, she is always encouraging new starters in Arup, offering help and guidance as they start their careers. She is an actively engaged in STEM programmes and mentoring future leaders 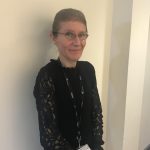 Tracey has been employed in the sector for 18 years.  She currently holds the position of curriculum manager at BMet overseeing a number of programmes ranging from AAT, CIPD, Access to Higher Education and HNC/D.  As manager Tracey has an active involvement in further and higher education with a commitment to quality and raising standards including promoting diversity and inclusion.

Previously Tracey held the position of teaching and learning coach working closely with teachers across a range of college provisions to enhance the quality of teaching and learning.  Prior to this Tracey was employed as a Mathematics teacher as well as holding an interim deputy head of year 11 role in a local secondary school.

She is a member of the National Centre for Excellence in Teaching Mathematics, General Teaching Council and Association of Accounting Technicians.   She has previous experience of being a governor having held the role of staff governor at Stourbridge College sitting on both the curriculum and quality subcommittees and as a parent governor at a local primary school. 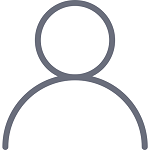 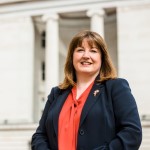 Helen has been a specialist pensions solicitor for over 25 years, working in the Midlands throughout her career.

Helen has been a partner at global law firms DLA Piper and Squire Patton Boggs. She recently joined leading challenger firm, Gunnercooke, as a partner in their specialist team. Helen deals with all aspects of pensions advice to trustees and corporates, including trust law, regulation, corporate transactions, and disputes.