A former apprentice and current employee at BMet has received a special award to recognise his positive contributions to the college.

Joel was recognised for demonstrating a strong work ethic, clear commitment and passion as a student and an employee.

The efficient and self-motivated award winner, joined BMet as an apprentice in 2016. Following the completion of his A levels, Joel went on to achieve his intermediate and advanced apprenticeships in Business and Administration at Sutton Coldfield College. He then progressed on to a careers-focused degree apprenticeship funded through BMet’s Apprenticeship Levy. 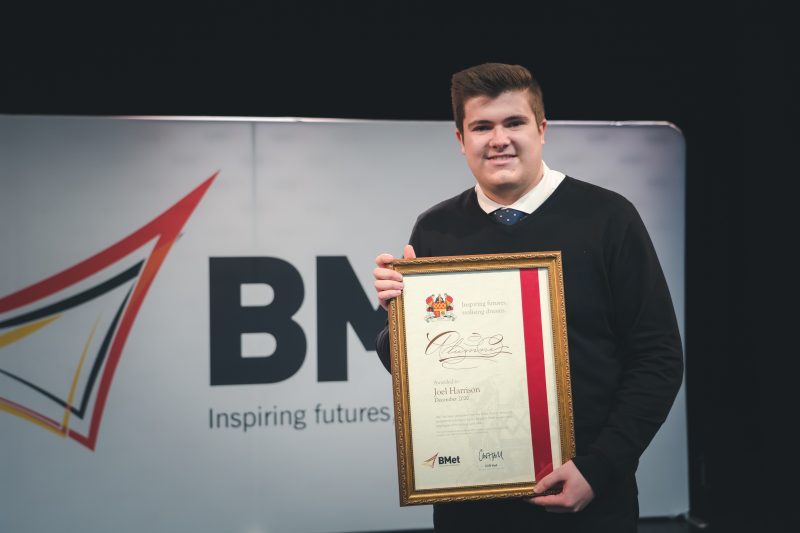 Speaking of his win, Joel said: “I am delighted and feel honoured to even be nominated for this award.

“It lends a sense of perspective to realise that your achievements are being recognised and that my hard work has paid off.”

Joel is described by his colleagues as a self-motivated member of the Business Development team, and his positive “can do” attitude also tends to rub off onto his more experienced colleagues!

As a true advocate for apprenticeships, he also often shares his own experiences as an apprentice at BMet open days, job centre events and other recruitment opportunities.

His other accolades include being a finalist in the 2020 Future Faces of Birmingham Awards, a regional awards ceremony recognising young professionals and celebrating talent across the city.