Following the death of Her Majesty, Queen Elizabeth II, BMet is reflecting fondly on memories of royal visits over the years.

In 2003 several of the team had the honour of meeting The Queen when the college’s vocational science team were presented with the Queens Anniversary Prize for services to the cleaning industry.

To mark the occasion, four members of the team and three students were invited to Buckingham Palace to receive a Gold Award – given to people who make a difference to society and people’s lives.

The students and team also had the opportunity to spend time and talk with Her Majesty Queen Elizabeth II, His Royal Highness Prince Phillip and Her Royal Highness Anne, Princess Royal, about their positive experiences.

The accolade was given for the team’s commitment and dedication to infection control training at the college and at key organisations across the region including the NHS, universities, schools, local authorities, corporate organisations, as well as delivering training oversees.

The team were particularly recognised for raising cleaning and hygiene standards at a time when infection levels were on the increase. They worked with around three thousand learners a year between 1999 and 2003. 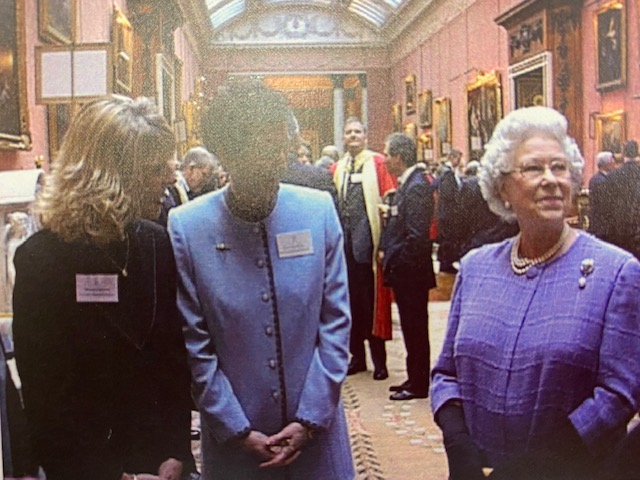 Speaking of her experience at the Palace, Alaco Millard, Operations Director at BMet and who previously worked in the vocational science curriculum team, said: “It was such a great honour to be officially recognised by Buckingham Palace for our cleaning work that clearly made a huge difference to not only the lives of our students by equipping them with industry focused qualifications, but also to society as a whole.

“It was an absolutely amazing experience and one that I will never forget. In fact, I had to pinch myself when we were standing in the picture gallery waiting to be seen!

“I was particularly impressed with the wealth of knowledge that the royals had about the college, who had clearly done their research. I also liked that they shared some of their experiences and were keen to ask questions about us!”

The team were later invited back to Buckingham Palace to meet some of the Royal household in 2014 who worked “behind the scenes” and even dined with them.

The Royal Visit for Plant Oxford, which provides a range of career focused apprenticeships, was a momentous occasion. It involved His Royal Highness taking a tour of the plant’s assembly hall, where he met associates, including members of the MINI team whose families have worked at the plant over several generations, across the decades. 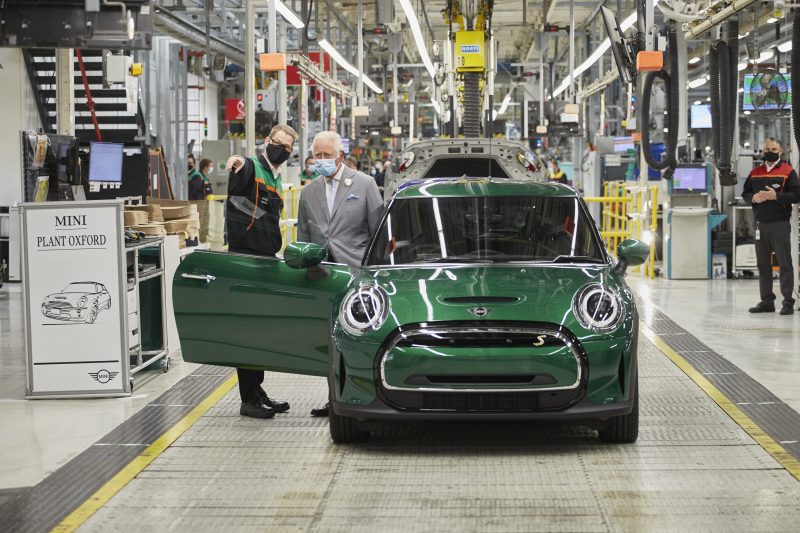 Speaking of the special day, Peter Weber, Managing Director, Plant Oxford said: “It was an absolute honour and pleasure to welcome HRH The Prince of Wales to the heart of the MINI brand here in Oxford and we were delighted that he could join us to mark this important manufacturing milestone.

“Over the past twenty years, the commitment and passion of our associates, nearly a quarter of whom were with us when the first car rolled off the line in 2001, has helped to strengthen MINI’s reputation around the world.

“It’s fantastic for this special celebration to have been be recognised with such a memorable royal visit. It was a real highlight to see His Royal Highness drive one of our MINI Electrics off the production line today. ”

There was also widespread coverage in the press and on TV showcasing the plant to the world and the fantastic people that work at the MINI Plant, which builds over1000 great cars every day.

We join others in their mourning of Her Majesty, Queen Elizabeth II and are thankful for the memories.

BMet to host brand new apprenticeship social meet-up event for the Midlands – and all Birmingham apprentices are welcome!