Eighteen-year-old rising football stars, Freya Gregory and Isobel Goodwin are now realising their childhood dreams of being professional players at the club, after gaining a life-changing contract (March 2021).

The accolade means that they will now be active players in the women’s premier league team based in the heart of Birmingham.

Based at the club’s elite training ground, Bodymoor Heath, the talented former academy students gained high-level theoretical and practical skills, that helped propel them to be the professional players that they now are. 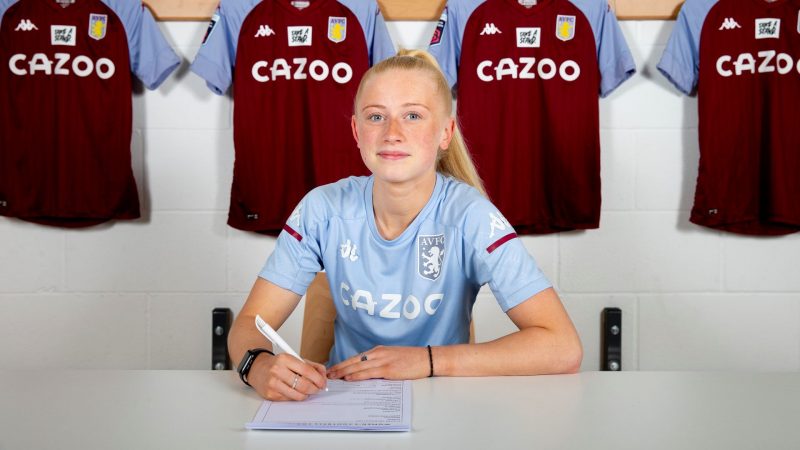 Speaking of her excitement, Freya, who typically plays as a winger and has been known as a “top goal academy scorer”, said: “I am so happy to be now classed as an official professional player.

“What’s even better and most special is the fact that my family and I have supported Aston Villa FC all my life. This all makes me want to work extra hard and achieve great things for the team.

“My experience at BMet and the club has taught me to be more resilient and to strive to be the best that I can be, which are key attributes that will carry me through my career!” 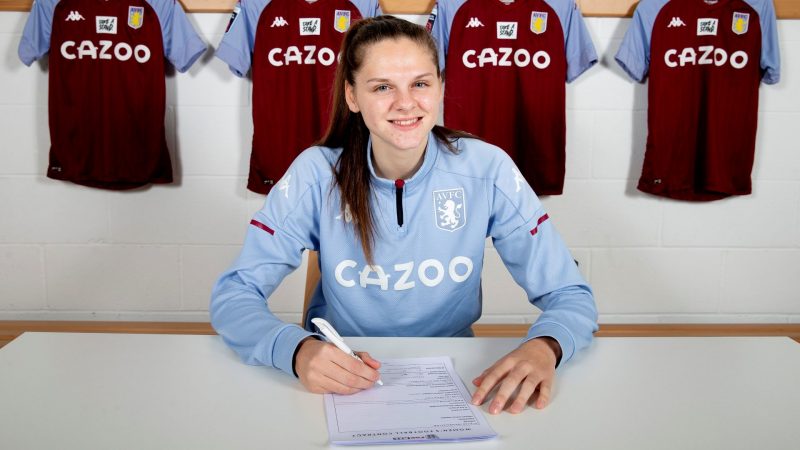 Isobel, who has gained huge success as a centre forward player, said: “I am really buzzing and so thankful to BMet and the club for helping me get to where I am today.

“My future now looks really bright. I am so looking forward to playing against a variety of great teams and building up my profile on the competitive field.

“I would encourage anyone who also has a desire to work on a professional level within sports to do a BMet sports academy course.”

The duo’s top-level skills and abilities were sharpened whilst initially shadowing and gaining invaluable experience from players in Aston Villa Women’s first team at the start of their course. Six months later they were chosen to play in games as part of the premier league team.

Known as having great fitness levels and having exemplary possession, passing, crossing and goal scoring skills, the now fully fledged professional first team players, can expect to compete against national and international teams.

Richard Steeples, a Sport and Exercise Lecturer at BMet and goalkeeper coach for Aston Villa Women’s first team, said: “It is fantastic news to hear that two of our star players have been able to officially reach a professional standard due to their skills, hard work and determination.

“Both players have successfully combined their footballing abilities with a desire to learn through education, which has all paid off.

“My team and BMet as a whole are excited to hear more about their exciting futures!”

The BMet and Aston Villa FC academy partnership is set to produce more rising talent that will propel students to professional level status.

BMet’s partnership with local professional clubs is ever evolving and going from strength to strength. The college has sports academies in areas such as athletics, basketball, cricket, golf, hockey, netball, rugby, and tennis.