Rail apprentice nationally and virtually rewarded on his road to success

An engineering student at BMet College has been officially named as the “Apprentice of the Year” at a national online awards ceremony.

Dean Robinson, a level 3 apprentice, who works as a technician at West Midlands Rail, was recognised for his great achievements at the National Training Academy for Rail (NTAR) Apprenticeship Awards.

The annual event, held virtually this year, celebrates rising talent within the rail industry. Dean was nominated by BMet for displaying a positive attitude and work ethic throughout his four-year apprenticeship. 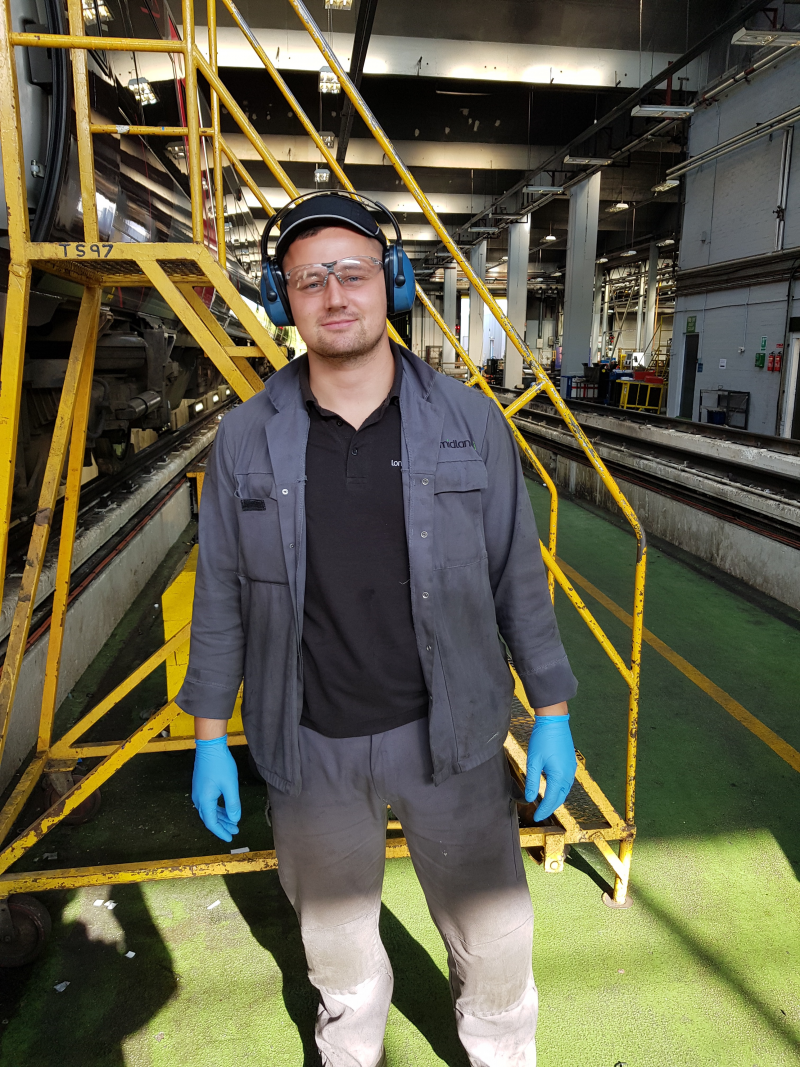 Dean is also seen as being a shining star as his merits and distinctions have been followed up with a high level of competence and skill in the workplace. He has also demonstrated leadership amongst his peers.

Speaking of his award win Dean, who is currently completing his apprenticeship in Rail Engineering Technical Knowledge Traction and Rolling Stock, said: “I feel that it was great to be officially rewarded for my four years of hard work and am now looking forward to my future even more!

“I applied for the apprenticeship, as I wanted a career in an industry which is calling out for the younger generation to learn the skills and knowledge required to keep trains running at optimal performance – effectively a huge “skills gap” needed to be filled.

“My next steps are to get a full-time position at West Midlands Trains and to hopefully carry on in further education.”

Despite the circumstances this year, NTAR were still successfully able to celebrate talent within the industry through their online ceremony. Dean joined four other winners who were congratulated on their achievements and dedication to the rail industry.

Mike Townsend, a Business Development Manager at BMet said: “Dean has shown himself to be a vanguard for learning. He excelled in a brand-new programme with a lot of differences and unknowns.

“Dean is so deserving of the award, as he has demonstrated true leadership and resilience throughout!”

BMet supports NTAR’s position that it is only by addressing training and recruitment needs now, that the UK can draw upon a highly-skilled talent pool in rail engineering – and create a world leading 21st century rail network.

The college also actively seeks to address the skills gap that would otherwise become a barrier to maintaining and growing the industry’s workforce.