The time to select the region’s next Mayor is fast approaching and BMet has played a vital role in the process.

The triennial Mayoral Hustings with the slogan “Who will lead the West Midlands?”, took place at BMet’s Matthew Boulton College on Tuesday (20 April).

The event was a chance for eligible candidates to compete for the highly sought-after position – ahead of the Mayoral election on 06 May.

Hustings are a successfully proven way for candidates to lay out their manifestos to the voting public and to help people decide who to choose. 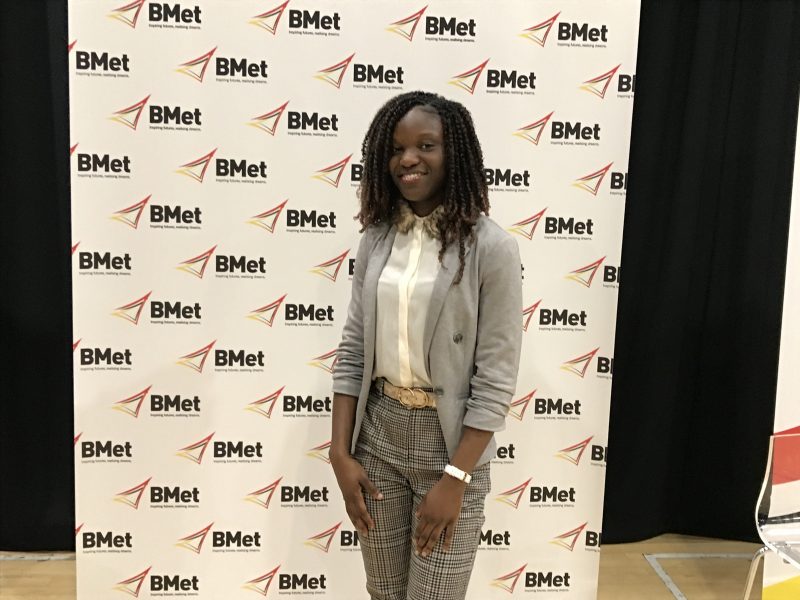 Kashema Wray, a level 3 health and social care student and Student Governor at BMet, had the opportunity to give a speech to participants about the importance of the mayoral role. She said: “It was a pleasure to be part of the event. I am happy to speak on behalf of young people, because it’s important to hear our voice as it makes a difference.

“I am really interested in politics, because it is important to have someone stand up for us and speak for us to make positive changes.”

Members of The Lunar Society, a dynamic political and social change organisation originally founded by leading 18th Century thinkers and philosophers, also had a good presence at the event. Representatives included chair, Deirdre La Bassiere who officiated at the event.

Charmaine Burton, who is also an event organiser for The Lunar Society and was the host of the event, said: “Teamwork definitely makes the dream work. I am so pleased that our collaboration with BMet was so successful and that we were collectively able to pull this together.”

During the two-hour session, current Mayor Andy Street vied for another four-year term, alongside candidates from the Labour, Liberal, Reform and Green Parties.

The hustings event allowed for discussions on a range of topics. Among other things, the impact of covid 19, diversity and inclusion, youth employment, climate change, women’s safety, knife crime and sustainable transport were debated.

Cliff Hall, Principal at BMet, said: “We were pleased to be given the opportunity to host this event as the election of a new Mayor will have a significant impact on the daily lives of our students, staff and in fact everyone that lives and works in the region.

“In addition to the mayoral event we are also delighted to be hosting the upcoming West Midlands Police and Crime Commissioner Hustings on Friday 30 April.

“Events like these give our students a unique opportunity to see and experience the election process.  I am sure the Mayoral and the PCC hustings will influence their decision (those that can) to vote.”

The Mayoral election is the same day as other local elections across England and Wales – including councillors in all seven of the West Midlands boroughs.

Look out for social media coverage of the upcoming virtual West Midlands Police and Crime Commissioner Hustings – taking place Friday 30 April between 10am to 2pm.

It All Adds Up: Student Commission on Racial Justice animation shows race reality in England