Football video gaming enthusiasts at BMet are now officially at the top of their Esports game…after gaining the Association of Colleges (AoC) X-BOX FIFA 2021 National Champions title this month.

The winning BMet team, which consists of three level 3 students on Sutton Coldfield College’s Esports Academy course, were unbeaten throughout the two-month long tournament (March to May).

To recognise their achievement, the academy students were presented with a coveted AoC trophy at the college, alongside their BMet Esports coach and lecturer, Ryan Shaw.

Esports (or electronic sports) is a term used to describe competitive video gaming, where skill and professionalism is celebrated. Students at BMet can choose it as an enrichment activity within their “programme of study.”

The pro gamers played 9 weekly games against 51 other AoC colleges. They remained victorious in competing against UK-wide teams in their leagues including Etone College, F2 Academy and Tyne Metropolitan College.

The Association of Colleges tournament culminated in a magnificent win for the students, with a final resulting in them beating Tyne Metropolitan College, with a 9 – 0 score. 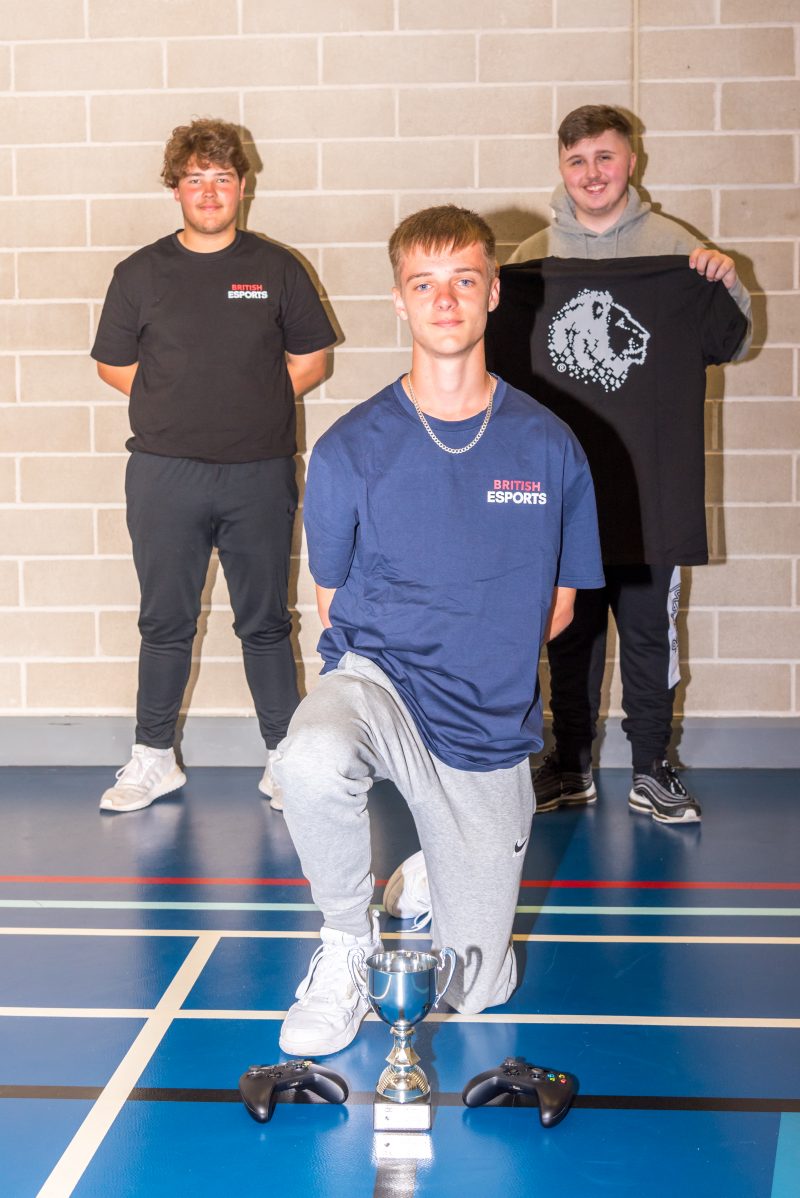 Speaking of their huge national success, Daniel Day, George Handsaker and Miles Nethercroft, who are all studying a Level 3 Extended Sports Diploma, had the following to say:

Daniel, who generally plays as an Esports defender said: “It is great to be part of a national tournament like this. As it gives college students around the UK, the chance to get to know and compete with various teams.

“Participating helped our team to work collaboratively and develop a great work ethic. I am so proud of what we have achieved!”

George, who usually thrives as an attacker, said: “I have always loved sport, which is a passion and hobby for me. So, to be able to get to the level that I have alongside the team, makes it all the more special for me!

“We are a hardworking and talented team, so I was confident that we had the ability to reach the top of our game. I am now looking forward to seeing what the future holds for us in Esports.”

Miles, who gained the title of “top scorer” after winning all his individual games for the team said: “It is a great opportunity for us as a team to get involved in the competitive side of Esports and to play at a higher level.

“It was an exciting and smooth tournament, that it was fantastic to be a part of. Our team collaboration along with the huge support we received, got us to where we are now!”

As the “Esports” name suggests, all of the tournament games took place online and included regular catch up sessions with Sutton Coldfield College’s Associate Lecturer for Esports, Ryan Shaw.

Speaking of the sport academy students’ success, Ryan said: “It is fantastic to see that the players’ hard work, professionalism and determination has paid off, and that both they and the college are helping to recognise Esports as a real and viable sport.

“The players had a fantastic season winning 51/54 of their individual matches, all their group games and then their Quarter Final and Semi Final in the knockout stages against Bolton VI Form College and Priestley College, respectively.

“Gaining the AoC X-BOX FIFA 2021 National Champions title is a huge accolade, and I am excited to see how much further the team can go within the sports arena.”

If you are wanting to study sport generally or would like to find out about our range of sport academies, you can also find out more via our upcoming virtual open event on the 26 June: https://www.bmet.ac.uk/event/open-events-june-2021/