Pat grew up in Birmingham and will be moving back to the city after over 30 years in London and is joining BMet from Harrow College, where she held the post of Principal.

During her time at Harrow, Pat played a pivotal role in a number of successes at the college, including improving students’ achievements and improving the Harrow College estate for students and staff.

Pat secured the role of Principal and Chief Executive at BMet following a rigorous interview process at the end of last year and will be taking over from Cliff Hall on his retirement. 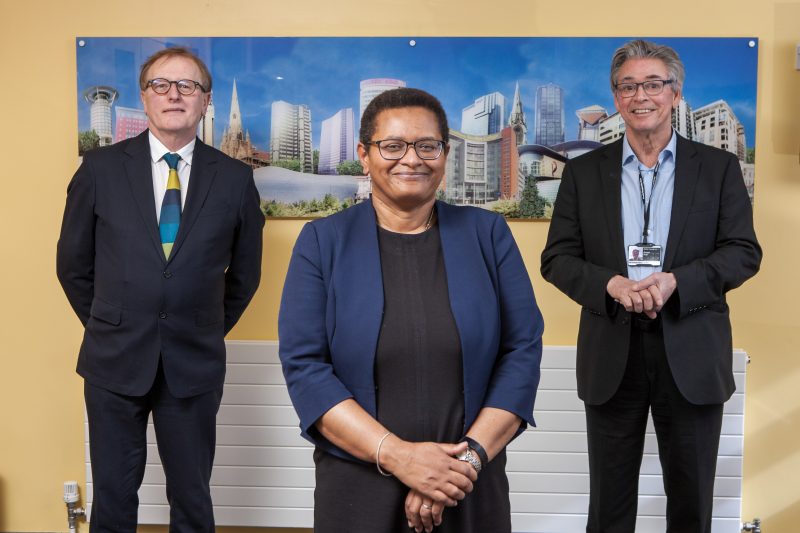 Speaking of the new appointment, Sir Dexter Hutt, Chair of Governors at BMet, said: “The board are very pleased to have secured the appointment of Pat Carvalho. We are all looking forward to working with her in developing the college and the success of our students’ experience. Her significant wealth of knowledge and experience within the sector will be a major asset to the college.

“I would also like to take this opportunity to thank the departing Principal, Cliff Hall.

“During his three years with us, Cliff has done a great deal of work to improve the culture at BMet and to improve the overall quality of teaching and learning across the three BMet colleges – James Watt, Matthew Boulton and Sutton Coldfield College.

“The board is confident that Pat will be able to build upon recent successes to help the college realise its ambitions and that she will be able to make significant achievements in the future.

Commenting on the new role, Pat said: “I am so pleased to be the Principal and CEO at BMet. I am excited about our future and looking forward to working with students, staff, governors and stakeholders to lead the college into the next stage of its growth and development.

“The college has done much to improve in recent years and I feel I have come in at a good time to build on solid foundations to continue to build a truly inspirational learning environment.

“My first focus will be to get BMet the recognition that it deserves and to firmly establish it as a college that Birmingham can be proud of.”

Cliff Hall, the previous Principal, commented: “It has been a pleasure to work with the senior leadership team at BMet and colleagues across the college and I would like to express my gratitude for their dedication and commitment and wish them (and Pat) well for the future.”

Click here to meet the rest of the BMet Senior Leadership Team.