A former BMet Access to HE Science student has been rewarded for displaying a high level of resilience and achieving great success during his time at college.

Mark won the award for demonstrating hard work, perseverance and a genuine desire to help his peers despite experiencing personal challenges. His determination also resulted in him securing distinctions throughout his course at Matthew Boulton College.

Prior to studying at BMet, Mark had been out of education for many years and had left school without any qualifications. However, his huge desire to secure a rewarding career path led him to BMet. 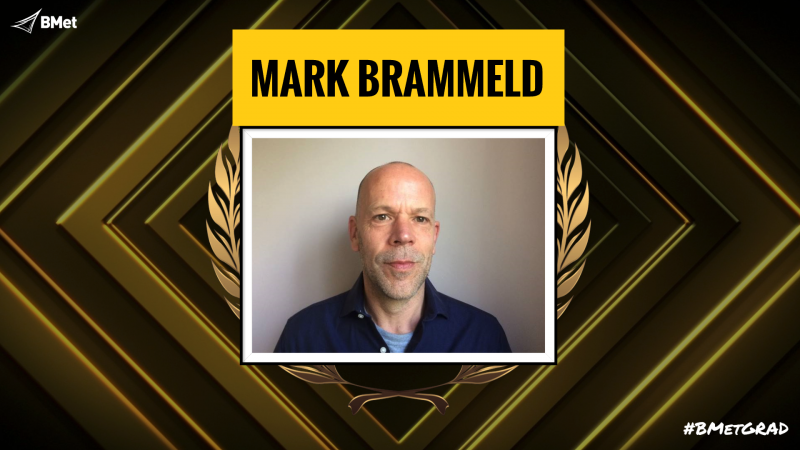 Speaking of his award win, Mark said: “Being nominated for an award is always an honour. However, receiving the BMet Resilience Award in a year where all students displayed great resilience in response to the Covid-19 situation. is particularly rewarding.”

Through hard work, commitment and perseverance, he achieved excellent GCSE results in English, Maths and Science – before beginning and completing his Access to HE Science course this year.

In addition to his academic achievements, Mark was always ready to help and support his classmates.

It is thanks to his drive and determination that he is now studying for a Master of Science (MSci) in Biological Science at the University of Birmingham.

*The Resilience Award is sponsored by Morgan Hunt, a leading UK recruitment agency for candidates and employers in the public and private sector. BMet is proud that Morgan Hunt seeks to recognise the achievements of a higher education learner that has overcome challenges during their academic journey, stood out from the crowd and given back to other students.*